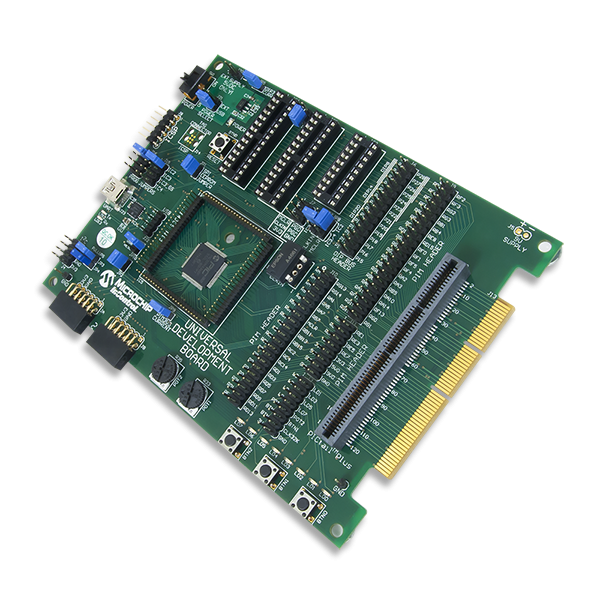 The Universal Development Board (UDB) is a microcontroller development board intended for use with a wide variety of PIC microcontrollers from Microchip®. It was designed to support most 3.3V, PIC microcontrollers in 8-bit, 16-bit, or 32-bit varieties. It will accommodate a wide range of Microchip PIM processor modules as well as DIP packaged parts with pin counts from 8-pin to 28-pin. Three DIP sockets are provided: 20/14/8 PIN 8-bit PIC, 28 PIN 8-bit PIC, and 28-pin PIC24/dsPIC33/PIC32MX. This board also has discrete I/O elements and two Pmod ports for further device evaluation or product development capability. Expansion connectors are provided that are compatible with the Microchip PICtail™ Plus line of expansion modules. In addition to the PIM connector and DIP sockets, a PIC32MX360 microcontroller is also provided for use without the need for additional PIM or DIP socketed processors.