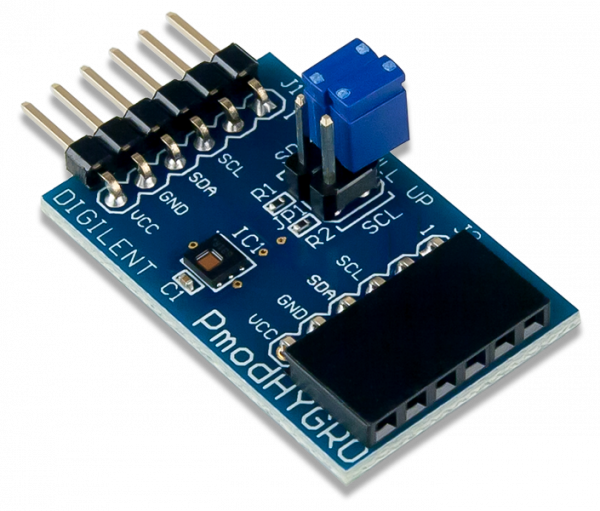 The Pmod HYGRO is a relative humidity sensor with integrated temperature sensor for highly accurate measurements at low power. With the TI HDC1080, you can determine the relative humidity of the environment with up to 14 bits of resolution. The Pmod HYGRO is designed to digitally report the relative humidity and ambient temperature upon request by the host board. Up to 14 bits of resolution for each sensor may be collected by allowing for longer conversion times. A resistive heating element can be enabled to test the sensor or to drive off condensation that accumulates on the sensor after being consistently exposed to high humidity conditions.

The Pmod HYGRO is also featured in a fantastic product bundle, the Arty S7 Pmod Pack! This bundle was designed to expand project possibilities by utilizing a variety of peripheral modules perfectly suited for the Arty S7 FPGA.