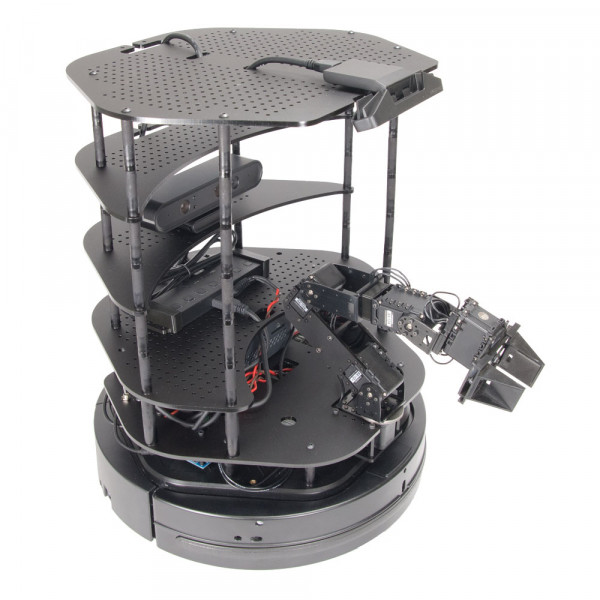 The 2i improves upon previous iterations of the TurtleBot with a completely redesigned modular chassis and for the first time, native support of robotic arms. The TurtleBot 2i offers the Pincher MK3 4 DOF Robotic Arm as a fully supported standard option allowing the robot to interact with small objects in the real world, effectively transforming the TurtleBot into an extremely capable mobile manipulator.

These are unsupported demos to show of the capabilities of the robot, while we do offer tutorials for the demos above we do not support them via technical support via phone or email. The Turtlebot 2i is a research platform, the above demos should not be considered a software package of any kind.

Our goal is to bring previously daunting technologies and fields of study such as autonomous navigation and robotic manipulation into the hands of innovators and developers in a much more approachable format.

The demos and tutorials created for the 2i provide a hands-on tools for demonstrating how robots perceive and interact in the real world, focusing on real-world autonomous mobile robotics, automation technologies and object/environment manipulation.

The TurtleBot 2i offers the Pincher MK3 Robotic Arm as a fully supported standard, allowing the robot to interact with small objects, buttons, and tools in the real world. The Arbotix-M Robocontroller provides an interface for the Pincher Mk3 arm, which is implemented using MoveIt, an open source inverse kinematics solution, allowing users to control the arm using only high-level commands.