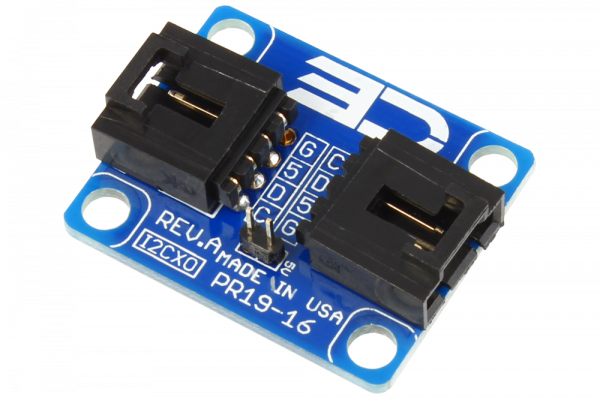 This product is currently not available.
Please inform me as soon as the product is available again.
₹439.00 *

The I2CXO adapter was designed to reverse the I2C connections used in the NCD product line.

This reversing adapter can be used to convert I2C master devices, designed specifically for Particle Photon, Electron, or Arduino into I2C slave devices for use with Raspberry Pi, Beaglebone, BRIDGEX5, and many other platforms.

This crossover adapter provides a plug-and-play solution so you can re-use your NCD devices with other computing technologies.

What is the nodeLynk I2C Interface?