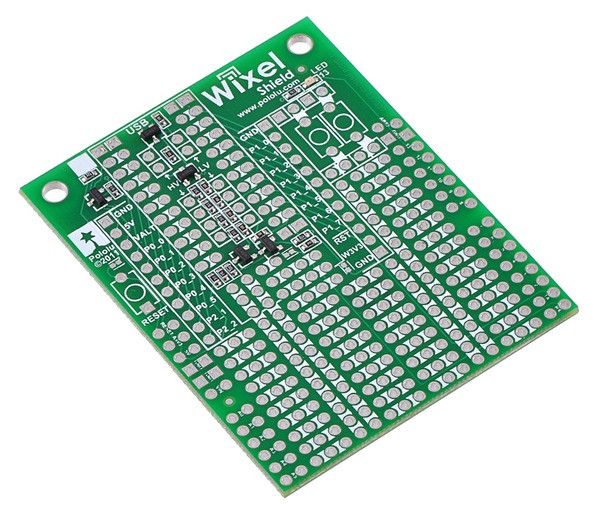 The Wixel shield seamlessly enables a wireless link (with a typical range of ~50 feet) to duplicate the functionality of your Arduino’s USB interface, which means you can use the standard Arduino computer software to:

More generally, the shield can also be used for wireless communication between an Arduino or Arduino clone and other embedded systems (including additional Arduinos). Alternatively, this board can also be used without an Arduino as a general-purpose Wixelprototyping board.

The Wixel shield does not interfere with the Arduino’s existing USB circuitry, so the Arduino’s traditional wired USB connection can still be used while the shield is connected.

Wireless communication requires a pair of Wixels, which are sold separately or as part of a Wixel shield combination deal. An Arduino is not included.

This provides everything you need to plug an assembled Wixel into the shield and the shield into an Arduino.

The Wixel shield for Arduino opens the door for many new Arduino projects. Here are just a few project ideas: