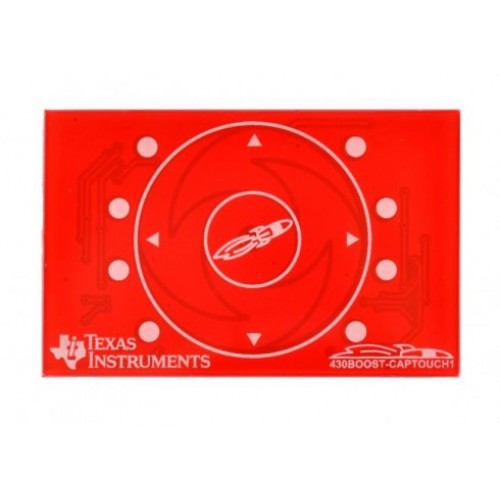 The Capacitive Touch BoosterPack (430BOOST-SENSE1) is a plug in board for the MSP430 Value Line LaunchPad development kit (MSP-EXP430G2). This BoosterPack features several capacitive touch elements including a scroll wheel, button and proximity sensor. Also, on- board are 9 LEDs that provide instant feedback as users interact with the capacitive touch elements. In addition, a timer-based UART enables communication to a PC for feedback via GUI or hyperterminal. This BoosterPack also includes a pre-programmed MSP430G2452IN20 Value Line device.

When paired with the LaunchPad kit, the Capacitive Touch BoosterPack provides a complete hardware and software reference design to enable developers to quickly and easily replace any physical button with a capacitive touch element. This is the simplest, most cost effective solution for adding capacitive touch differentiation in many applications such as consumer electronics, point of sales machines and other devices with a physical button.