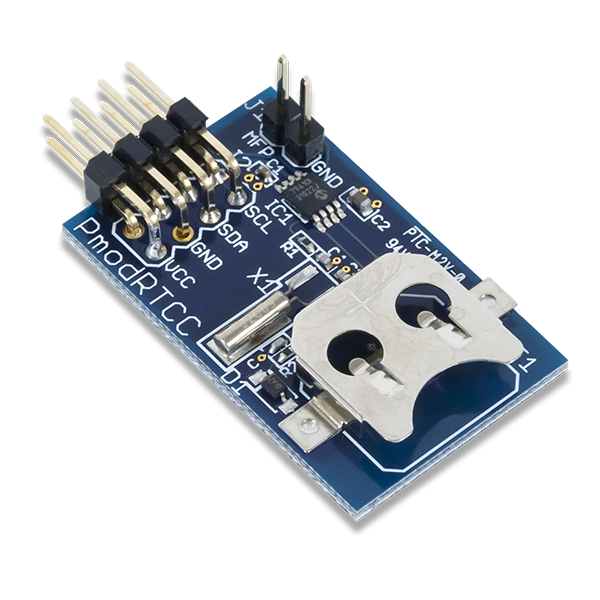 The Pmod RTCC is a real-time clock/calendar powered by the Microchip® MCP79410. Through the I2C interface, users may configure up to two alarms that can be triggered at a wide variety of possible times.

The Pmod RTCC is also featured in a fantastic product bundle, the Zybo Pmod Pack! This bundle was designed to expand project possibilities by utilizing a variety of peripheral modules perfectly suited for the Zybo Zynq-7000 FPGA.