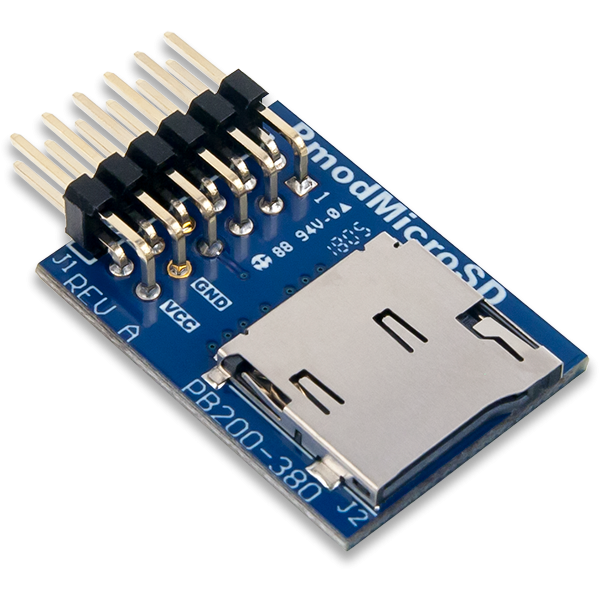 Please inform me as soon as the product is available again.
₹729.00 *

The Pmod MicroSD provides a microSD card slot to any board that has 3.3V logic and is pin compatible with a 12-pin Pmod port capable of SPI communication. It allows the host board to read and write to the microSD card over a SPI interface. With no file system limitation or maximum memory size, the Pmod MicroSD allows users to store and access large amounts of data from the host board.