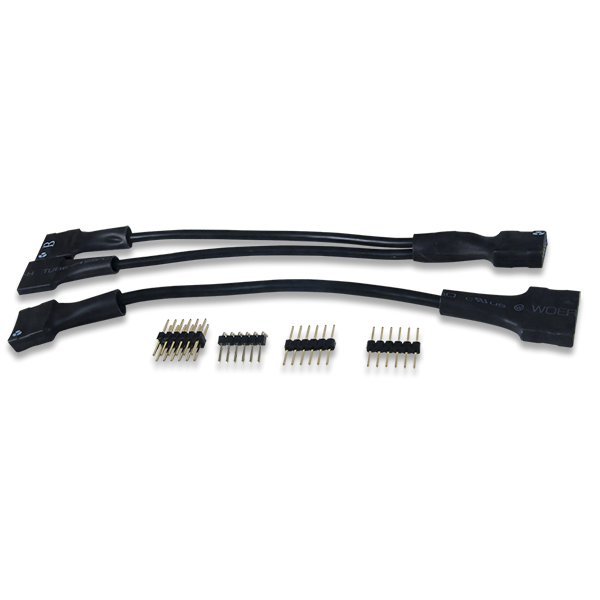 This kit is a handy accompaniment to your 12-pin Pmod. The extension cables let you locate your Pmod 6" away from its host board, or use your 12-pin Pmod on a system board with only two 6-pin Pmod headers available. We've also included male gender changers for extra connectivity to both system and prototyping boards.