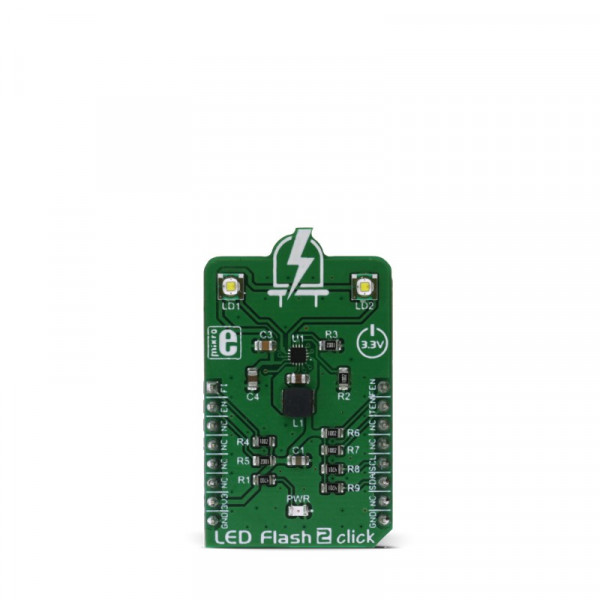 RS485 3 click uses SN65HVD31DR from Texas Instruments, a tri-state differential line driver and differential input line receiver. The click is intended to be used as UART to RS422/RS485 communication interface. It is suited for transmitting smaller blocks of data over long distances, using the four-wire bus, allowing for full-duplex communication.

It can be used as a transceiver between UART interface and RS422/RS485 communication bus. RS485 3 click can be used for controlling various building automation systems, light controllers, sensors and many small embedded devices that can all share the same bus, which can stretch up to 254 nodes and up to 1200m in length.

The main feature of the RS422/RS485 interface is that the signals can be transmitted and received at distances up to 1200m by using the so-called twisted pairs - basically, the signal and its inverted copy are sent via the twisted pair wires. Because of the length of the twisted pair, it will unavoidably be exposed to the influence of the EMI. The interferences will appear in both wires of the twisted pair equally, but thanks to the opposite polarity of the signals the wires are carrying, the interferences will get canceled at the differential inputs of the SN65HVD31. This way, greater signal communication distances can be achieved than with the regular UART.

RS422/RS485 only specifies electrical characteristics of the transmitter and the receiver. It does not specify or recommend any communications protocol, only the physical layer. The top layer communication protocol of choice can be used, such as the MODBUS or DMX protocols.

To improve the signal stability, RS485 3 click is equipped with the TVS – transient voltage suppression diodes used to protect the circuit from the static electricity discharges and other types of dangerous electrical discharges, that might occur. TX and RX pins should be used for connecting MCU UART interface. Two resistors (R2 and R5) should be unsoldered if using more than two clicks on the RS422/RS485 bus.

This table shows how the pinout on RS485 3 click corresponds to the pinout on the mikroBUS™ socket (the latter shown in the two middle columns).

The application is composed of two sections :

Other mikroE Libraries used in this example: